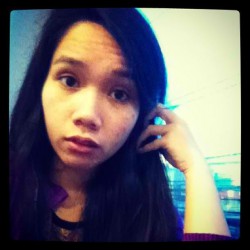 I don’t like to compare things especially books, but in cases like same plot lines or comes from the same series sometimes you just cant help but compare them to others. If You Leave if the second book from Courtney Cole’s New Adult series and honestly comparison has been a huge part on me while reading this.

If You Leave stars Madison - Mila's older sister (whose story was told on the first book If You Stay). She is really a prickly character which I think is her defense mechanism to avoid being hurt after her unlikely childhood memories. After 4 years, she is still dealing with her parents’ death. She is a very conflicted character but I sympathize with her after what she’s been through but her overall character was disconnected to me.

Gabriel is the ’ blatantly, arrogant, scorchingly sexy, dangerous as hell with a rippling six pack and smoldering eyes enigma’ of a character who is dealing with his own trauma - PTSD. He has seen, felt and heard too much in war making him a very guarded person - in terms of everything around him. He does not let people in and not even talks about what really happened with him. He is haunted by nightmares from the war and unintentionally hurt people while he's in the between the state of sleep and consciousness.

The plot was paced evenly and the writing was good. Madison and Gabriel are two broken people who literally have been through a lot – mentally. I know what they’re going through is not easy but I guess the whole story is too dark and too tragic for my own likeness. Even though happy moments are inserted here and there but the whole things was too unsettling for me. Plus it seems like there is something quite missing for me on this story - the connection with both the characters.

The rainbow and butterflies part to the story was the inclusion of Pax and Mila on the story. I love their cameos on this story plus I also love seeing the "aftermath" story of couples from stories and seeing them build a happy life here was also a happy thing for me.

The other thing is that the author does a great job in giving us the deets about the realities of war. It gives us the ideology that no matter how strong of a person you are, seeing things that war brought could take great impact to your mental health. The story proved that it is not a weakness seeking help and relying on people in getting better.

"The good news is that fear is a choice. You can stand in front of it, punch it i the face and get on with life"

Overall, it was an okay book but the first one was still better for me. Too mucc emotional instability didn’t work for me, but it was an okay companion novel. Will I read the next book? I will.
Tweet